"A  lifetime of magic has taken Nani and me around the world
and helped us make friends everywhere. Now you can begin
your journey on the wonderful road to magic.
We'll show  you the way."
- Mark Wilson 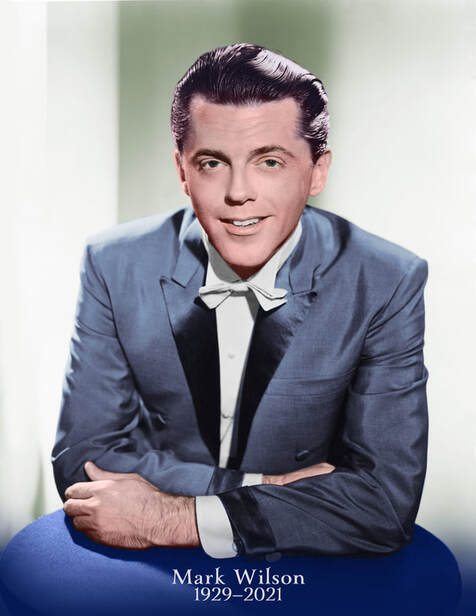 ​Mark Wilson — the Legendary Magician whose pioneering work proved the viability and changed the image of Magic, not only on television and live performances, but also by authoring the world’s most popular book of magical instruction — passed away of natural causes, peacefully with his family by his side, on January 19th, 2021 in his Los Angeles home. He was 91.

His legacy lives on. With the support of his family and fans, this site will continue to serve you with memorabilia, props and the world’s most popular book of magic instruction, “Mark Wilson’s Complete Course in Magic,”

Mark' achievements were not accomplished alone. He had help from the love and support of his dedicated wife, Nani Darnell Wilson.  Nani was his lifelong partner onstage and off.  Since they met on New Years eve of 1952-3, until he passed in 2021, she never left his side.

Nani, along with their two sons, Mike and Greg will continue operate the business. Rest assured we be adding more items to the catalogue out of Mark's amazing library and collection.
In a twelve-month survey readers of MAGIC Magazine named Mark Wilson one of the ten most influential American magicians of the 20th century, along with Houdini, Thurston, Copperfield, Blackstone, Henning, Siegfried and Roy, Tarbell, Cardini and Dai Vernon. Mark achieved his success pioneering magic on television, creating and producing magic shows for amusement parks, trade fairs and corporate meetings, movies, theatrical productions and infomercials; and teaching magic to movie and television stars. To top it all off, Mark authored the world’s most popular book of magic instruction, “Mark Wilson’s Complete Course in Magic,” now published in French, Italian, Russian, and Chinese, with a circulation well over one million copies.

“This nation’s leading authority on magic.”
— The New York Times

Because of their many television shows and other productions, Nani Darnell Wilson, Mark’s wife, has set a new record, having appeared, vanished, transposed, floated and been divided into various parts in hundreds of different illusions. This means Nani Darnell has performed in more different illusions than any other person in the history of magic.

“A true living legend in the Art of Magic”
— LA Times

Mark and Nani have presented magic around the world. In 1980, with a cast of twenty and five thousand pounds of props, they were the first to take Western Magic behind the bamboo curtain with their history-making performing tour of the People’s Republic of China.

Often considered “the Walt Disney of Magic,” Mark Wilson has twice won Magician of the Year and the Masters Fellowship from The Academy of Magical Arts Magic Castle; the prestigious David Devant Award from England’s Magic Circle; named Superstar of Magic by the International Brotherhood of Magicians; elected to The Society of American Magicians Hall of Fame; and received countless additional honors.

Find our more about Mark Wilson and Nani Darnell on this site and through the new online project, The Allakazam Archives.

Thank you for visiting our site, and on behalf of the Wilson family, we hope you enjoy discovering more about The Magic of Mark Wilson!